Hey there, Arrowheads! Today I’ve got another Flash Fiction Friday story for you! This one actually came about back in May, and I’ve been meaning to post it for awhile. I hope you enjoy this sweet tale of a couple daydreaming about a future together! ❤ 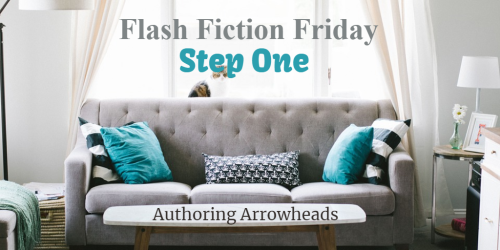 He wanted to buy a house. He was skimming online realty sites, showing her pictures of potential houses. As he chatted on about how much potential he saw in the weathered barn behind one particular house, her mind swam with visions of them playing Chip and Joanna Gaines, working together to fix up the place. Of course, all of this was time away, plans for years to come.

His eyes twinkled as he watched her scroll through the pictures the realty website offered. He could see the wheels turning in her mind: how the house could be decorated; imagining kids running about in the backyard, a puppy at their heels. Cheeks flushing, he wondered if she wanted all that with him.

Catching him out of the corner of her eye, she suppressed a smile, handing his phone back to him. Could he tell how excited she was? Did he know how often their possible future together crossed her mind? After a dozen months together, she knew she loved him. After two dozen, she never wanted to let him go. He was a rarity among the young men she had met in her twenty something years, a diamond in the rough. For months on end she’d daydreamed of all the possible sweet moments to come: getting engaged, their wedding, even waking up at 3:00 a.m. to change their first child’s diapers. All the little things, she wanted to do with him. She wanted to stand beside him at the wedding altar, and beside him at church every Sunday morning after. She wanted to hold his hand in the car every day, even into their seventies. But, she was uncertain about how he felt. He was shy, tentative about talking about the future.

It wasn’t that he was wary of commitment; as long as he had known her, he knew he wanted to spend the rest of his life with her. But, he was a planner, a quiet conspirator who didn’t like to speak ideas into action until he was wholeheartedly sure. Concern etched his mind as he saw her brow furrow, her tell-tale sign of a worried thought.

Maybe it’s time to ease her mind, he thought.

Linking his fingers through hers, he gave her a coy smile, catching her off guard. Clearing his throat, surpassing his nerves, he spoke the promises to come to life.

“You know how your momma never let you and your sister make mud pies?”

“Well,” he said, allowing himself to sink into the depths of her eyes, “when we get married and have kids, promise me there’ll be a lot of mud pies, okay?”

Her eyes lit up, her pent-up smile relinquishing at last. “I promise.”

Filled with joy, he brought her hand to his lips, kissing her knuckles. It was a small inch forward, just a tiptoe on the path God was leading them on, but nevertheless, there was still something amazing about step one.

Thanks for reading, lovely Arrowheads! If you’re in the mood for more Flash Fiction, check out my past posts here!