2018 was a difficult year for my area, my family, and me personally. There were a few ups and a lot of downs, but all of them taught me a valuable lesson: if we want progression, we have to embrace positivity. So, as I kick 2018 to the curb with its last quarter review, I’ll try to reflect on the good happenings of 2018 of the last three months. 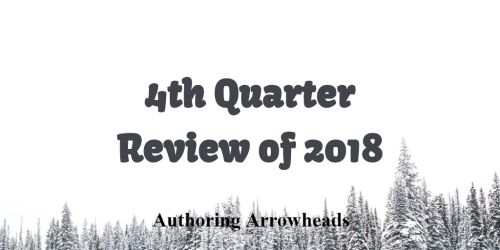 *Note: November was a huge blur due to prepping for Speak Your Mind‘s release, so there are probably huge gaps between dates. XD*

What I’ve Read This Quarter: