Do you currently have the Loser Mindset? Have you been putting your best efforts forward and getting absolutely nothing positive in return? Are you tired of trying and failing to achieve your goals?

Are you calling yourself a Failure?

We’ve all been there. We’ve all felt that we’re too inadequate to chase our dreams. We’ve all fell flat on our faces, embarrassed ourselves to the core, and contemplated giving up.

But guess what? Today I’m going to introduce you to a list of people who were once considered failures, but had the grit and perseverance to power on and chase their dreams. 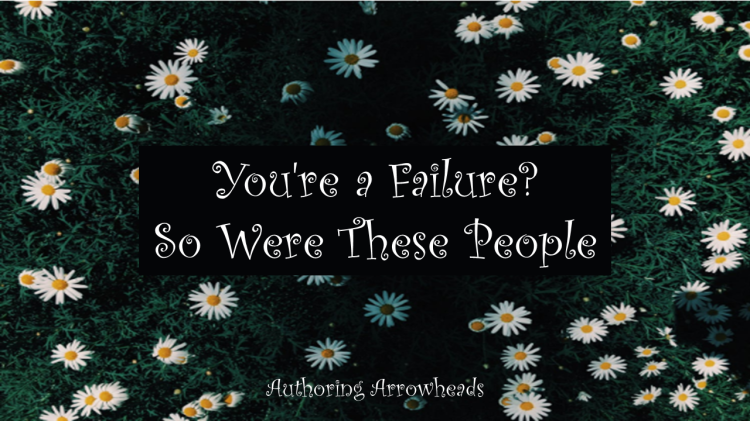 You’re a failure? Great, so were these guys:

The man who created a vast empire based on his incredible imagination was once fired from a Missouri newspaper on the basis that he was “not creative enough”. The man who made millions upon millions from his film production company had a previous studio to go bankrupt. His father was abusive and made him deliver newspapers in harsh weather conditions with holey shoes. He never thought he’d amount to anything, but he’s been a household name for decades.

Charlie Brown from the Peanuts comics is so relatable, much because he’s modelled so much after Schulz’s own socially awkward and shy childhood. Like Charlie Brown, Schulz was deemed a loser by his peers. But, drawing had always been his passion, and after years of continual pursuit and hard work, the world fell in love with his characters and that adorable Beagle, Snoopy.

One of the founders of tech giant, Apple, Steve Jobs started his company out of a garage. After Apple hit it big, he was fired from his own company. While unemployed by the company he helped build from the ground up, he ventured out and became a shareholder for Pixar, one of the most successful animated film studios.

As a child, he was slow in learning to talk and his teachers thought he would never succeed. Eventually, he dropped out of school but gave college a try. He graduated near the bottom of his class and had zero job offers. He eventually won a Nobel Prize for his work in science and is known worldwide for his intelligence.

A famous quote by Edison states, “I have not failed 10,000 times–I’ve successfully found 10,000 ways that will not work.” Edison should know, as his first patented invention  ended up being deemed a commercial failure. Edison, though, was persistent in his quest to innovate, and eventually gave the world the following: incandescent light bulb, phonograph, film, the movie camera, and many more.

One of America’s most beloved comedians was once arrested for drug trafficking and was in federal prison. After his release, he was later arrested for drinking while driving, and had to go to rehab for his alcohol abuse. Allen was able to turn his life around and has become a household name due to his roles in the Toy Story series, Home Improvement, and Last Man Standing.

After experiencing success in 1901, Picasso sank into depression, a period which has been referred to as his Blue Period. During his bout of depression, buyers were rarely interested in purchasing his work, thus leading to poor sales. However, he continued to experiment in an area he loved to explore. Posthumous, however, Picasso’s Blue Period is known as one of his most famous periods.

Though P.L. Travers, author of the Mary Poppins books, had immense success with the series, she struggled with getting over her father’s death due to alcoholism that occurred when she was younger. As mentioned in the film Saving Mr. Banks, she suffered financial struggles before allowing Walt Disney Pictures to make Mary Poppins into a live action film.

The Oscar-winning actress struggled with social anxiety and hyperactivity during her childhood, and thought of herself as an outcast. She has stated that she never felt smart in school, and she eventually dropped out of middle school at age 14. She knew that acting was her true passion, and despite all the obstacles she would face, she is now one of America’s most beloved actresses, best known as Katniss Everdeen in the film adaptations of The Hunger Games trilogy.

It’s no secret that the Biebs struggled with handling the fame that came to him at such a young age. Bieber was arrested several times, and was hated by many  for being an arrogant, crass young man. Within the past few years, he has rededicated his life to Christ and has honed his redemption in Christ by being an outspoken Christian. Though I have never been a huge fan of Justin Bieber’s music, I am personally proud of the progress he’s made in the past few years.

NC native and rockstar Chris Daughtry is the frontman of the band Daughtry. He was eliminated in the Top 4 round on American Idol in 2006, but ended up having more commercial success than that season’s winner.

Once being described as “dirt poor” in her childhood, Dolly Parton never gave up on her lifelong dream of becoming a famous musician. As depicted in her made-for-TV film Coat of Many Colors, her peers often made fun of her for dreaming big and wanting to one day venture out of her hometown of Sevierville, Tennessee. Instead of letting others, and her circumstances, squash her dreams, she eventually became one of America’s most notable musicians, has opened her own theme parks and tourist attractions, and has been inducted into several different Hall of Fames.

Think you can’t chase your dreams like the people listed above? You can! Each one of these on the list above started out as regular people, just like you, who had a dream. The difference between these people and true failures is that these people never gave up on what they wanted.

All the adversity I’ve had in my life, all my troubles and obstacles, have strengthened me… You may not realize it when it happens, but a kick in the teeth may be the best thing in the world for you.

Embrace the kicks in the teeth. Grit them instead, and power on. You can do anything you set your minds to, as long as you don’t give up.

Which “failures” inspire you the most? Personally, Disney and Schulz have been HUGE inspirations of mine over the past ten years, as I strongly admire their storytelling skills and related to their struggles. Feel free to comment with more “failures” too! 😀